Paying Back the Universe 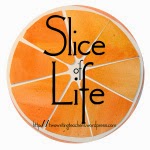 When I first saw my husband Mike, we were at a Wilderness Study Group meeting at the University of Colorado at Boulder.  It was a student group that we were both interested in.  I was an eager and nervous freshman but he was a curious individual.  He sat in the back of the room with an unruly mop of hair on the top of his head.  He wore pants that had been unevenly cut off above the knees and was skinny.  Almost shockingly skinny for a man as tall as he is.  His gaunt torso was draped with a worn t-shirt.  The kind that you never want to get rid of because it is irreplaceably soft and comfortable.  Taped to his arm was an IV.  He sat and listened and when he did speak, it was intelligent and well-informed.  He was mysterious and I wanted to know his story.  I wanted to know the story of the IV.

Over the course of that year we saw each other on and off at different meetings or events.  I figured out pretty quick that he was older than me and I remained cautious and nervous.  I never had the courage to ask the question that my nosey nature wanted to know.  Summer came and went and when I went back to school in the fall he had left school and moved to Southern Colorado to do environmental work.  Once when he was back in Boulder visiting he and a friend came to my house for dinner.  After we finished our dinner.  A college kid special, spaghetti, I started hearing a ticking sound.  I could not get rid of  it and it was driving me crazy.  I started scanning the room.  Did we get a new clock?  No.  Is it coming from outside?  No, definitely inside.  Finally, I couldn't take the noise anymore and I said, "What is the annoying ticking noise?"  To my incredible embarassment, Mike responded "my heart".  While I sat there mortified he told me that story.  In April of 1995 he was rushed to the ER because he thought he had pneumonia.  He was actually in congestive heart failure because an infection, exaserbated by his murmur, had eaten away not one but two heart valves.  With two separate surgeries he had had two of his heart valves replaced with mechanical valves.  He was ticking. It was the sound of life, ticking along.

Those surgeries were twenty years ago next month.  We have spent the last eighteen years by each others' sides and have a beautiful little family.   He credits the nurses at the cardiovascular ICU with saving him and I credit them with blessing me with Mike and the girls with their Dada.  They were the ones who told the doctors, "he won't make it another night".  The nurses cared and worked their magic to keep him with us in body and mind.

Today he started his first shift out of nursing school as a cardiovascular ICU nurse.  Paying back the universe in some way.  I said that to him as he left this morning.  His response was, "I hadn't thought of that.  But maybe."  I know.
Posted by Unknown at 10:27 AM